Their back-and-forth squabbling in “American Idol” might make a great drama, but Paula Abdul and Simon Cowell are really friends in real life. 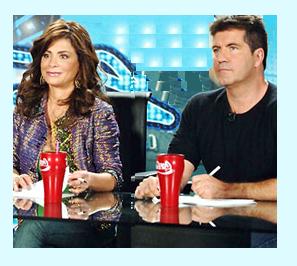 Paula Abdul, the multi-platinum singer, confesses that her squabbling with Simon Cowell – and her grimacing on the camera – is just for show. She reveals, “We have cultivated a fun relationship. He’s actually become a really good friend.”

As for Cowell’s troublemaking tendencies, which could cause some problems, Paula Abdul said, “In the middle of me trying to figure out how I’m going to say something that gives someone dignity walking off that stage, I’ve got the antagonistic brother goofing on me, trying to throw me off.”

When she was asked about the rumors of her possible romance with Simon Cowell, Paula Abdul exclaimed, “Oh, puh-leez!” The singer added, “He said, ‘Paula, people want us to hook up so bad.’ I said, ‘That’s disgusting.’ He goes, ‘Paula, I know you want me,’ and I go, ‘Like a cold sore.’ ”

Paula Abdul said, “We have fun playing up the chemistry, but there’s also times when I would cross the other side of the street so I wouldn’t have to look at him.”