President George W. Bush, who address nation on banking bail-out, has issued an urgent warning that America’s “entire economy is in danger” and a failure by Congress to agree to his $700 billion bailout package would lead to a “long and painful recession”. 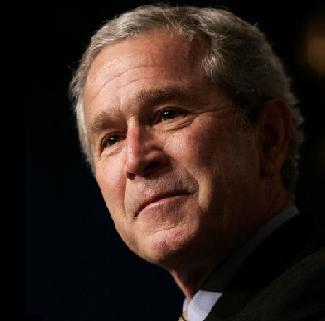 During his presidential address in a prime-time television address, the U.S. president pleaded Democrats and Republicans on Capitol Hill to act swiftly and vote for the bail-out package, saying:
“It should be enacted as soon as possible.” He also invited presidential candidates Barack Obama and John McCain to the White House on Thursday.

He stressed the importance of approving bail-out package as he revealed: “Without immediate action by Congress, American could slip into a financial panic and a distressing scenario would unfold.”

President Bush feared that the market is not functioning properly and that with a “widespread loss of confidence” major business sectors were at risk. More banks could fail, triggering a recession, pushing down houses prices and “millions of Americans could lose their jobs.” He declared: “We must not let this happen.”

The U.S. president believed that the Americans had good reason to be confident in their country’s economic strength in the long run. He explained: “Despite corrections in the marketplace and instances of abuse, democratic capitalism is the best system ever devised.”

Representative Barney Frank declared: “We now have between House and Senate Democrats an agreement on what we think should be in the bill, and we have a meeting scheduled at 10 am tomorrow to meet with the Republicans.”

President Bush explicitly endorsed several of the changes that have been demanded in recent days from the right and left. His warning includes that he would draw the line at regulations he determined would hamper economic growth as he stressed: “It should be enacted as soon as possible.”

He wanted to explain the bailout package to the American public. President Bush said the goal is to help the government buy up troubled assets so that credit can start flowing again and the economy will rebound. He said the rescue is aimed at helping the country, not individual companies.

President Bush, who was trying to explain himself to the conservatives, admitted that he was reluctant to put taxpayer money on the line to help businesses that had made bad decisions and that the rescue is not aimed at saving individual companies.

He made a promise that CEOs of failed companies won’t be rewarded as he tried to answer some of the major complaints from Democrats.

President Bush explained: “With the situation becoming more precarious by the day, I faced a choice: to step in with dramatic government action or to stand back and allow the irresponsible actions by some to undermine the financial security of all.”

In another move welcome at the White House, Barack Obama and John McCain released a joint statement urging lawmakers — in dire terms — to act.

The joint statement indicated: “Now is a time to come together Democrats and Republicans in a spirit of cooperation for the sake of the American people,” it said. “The plan that has been submitted to Congress by the Bush administration is flawed, but the effort to protect the American economy must not fail.”

The two candidates — fighting each other for the White House but coming together over this issue — said the situation offers a chance for politicians to prove Washington’s worth. They said: “This is a time to rise above politics for the good of the country. We cannot risk an economic catastrophe.”

However, the Oval Office rivals were not putting politics aside entirely. McCain asked Obama to agree to delay their first debate, scheduled for Friday, to deal with the meltdown. Obama said the debate should go ahead.