Prince Harry becomes the center of speculation that he is dating Olivia Tallent after she posted her photo with the royal on Twitter and Instagram. 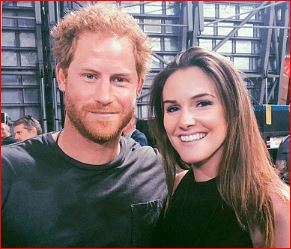 In the photo, the young prince with his arm around the waist of the 19-year-old daughter of Bruce Springsteen‘s E Street Band bassist Garry Tallent. This photo causes a lot of comments from jealous fans of the 31-year-old prince. Olivia quickly denies the romance by saying that she is not actually dating the young prince. Meanwhile, Prince Harry visits the Double Jab ABC boxing club in south London to support Sport for Social Development initiatives on June 6. The trip was part of a number planned by the prince to highlight the importance of sport for youngsters.