Prince Harry has been invited to star in the next series of “Strictly Come Dancing”. 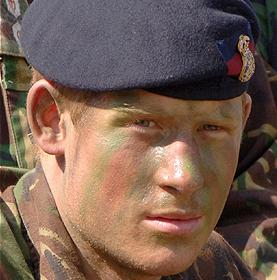 Craig Revel Horwood, a judge on the popular British dance-off show, thinks the prince would make an excellent addition to the reality series and boost its ratings.

Craig said: “It would be brilliant to have a bit of royalty, I think he’d just go for it. There’d be no reserve about him.

“You know, party boy, party sound, Brazilian sambas, all of that stuff would really suit him. Actually, I think people would fall in love with him. You’d get a whole new generation watching.”

Harry, 24, is presently putting his army career above everything else. He recently split with his girlfriend of five years, Chelsy Davy, so he could concentrate on his training to become a helicopter pilot.

A friend revealed the young prince has been confiding in his ex-girlfriend, TV presenter Natalie Pinkham, since the split.

The source said: “Natalie spoke on the phone with Harry and was happy to offer her support. Natalie is one of his oldest and best friends and will always be there for him when he’s feeling down.

The source added: “They have stayed friends through thick and thin. I think it has caused some tension between him and Chelsy in the past, but Natalie had nothing to do with their split.”