Prince Harry, 22, struggled at school because he suffers from dyslexia. The prince made the confession to British television presenter Jeremy Clarkson. 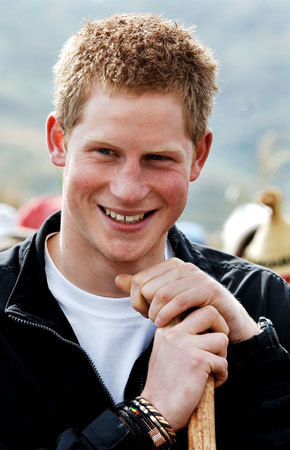 Prince Harry, who is also an army officer that is going to Iraq, revealed his hurt about the wrong rumors of his partying lifestyle, and demonstrated how difficult his life is under the watchful eye of the world’s media.

In his newspaper column, Jeremy Clarkson described spending several days with Prince Harry and his girlfriend Chelsy Davy hiding out in their hotel room and playing scrabble. Jeremy Clarkson added, “He [Prince Harry] asked me to write about what it’s like from his side of the cameras.”