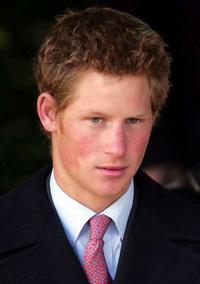 Prince Harry, 22, is “dangerously becoming an embarrassment to this country”, a veteran royal photographer has claimed.

Arthur Edwards, who works for The Sun newspaper, criticized the 22-year-old prince over pictures that showed that the prince was supposedly lashing out at a member of the paparazzi as he left a nightclub.

Arthur Edwards revealed, “I think Prince Harry is dangerously becoming an embarrassment to this country. I like Prince Harry. I think he’s just a fabulous young man, but you know he is an Army officer now and that behavior last week when he staggers out, falling over out of nightclubs, trying to attack a photographer.”

Edwards added, “So you know this young man is no longer a boy, he’s not 18, he’s 22. He’s a commissioned officer in the British Army in a really top regiment. He should be behaving a lot better and he knows that if he goes to these nightclubs paparazzi hang around.”