Prince Harry has vowed to tame his party lifestyle and promised there will be no more photographs of him falling out of nightclubs. 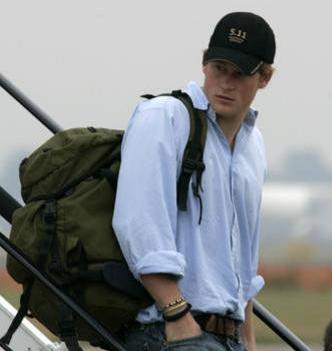 The 23-year-old royal, who has been a regular fixture on the party scene, has even pledged to limit the amount of time he spends at his favorite nightclub, Boujis in West London.

He had a series of frank discussions with his grandfather, Prince Philip, before leaving for Africa, where he worked earlier this year on charity projects with fellow soldiers from the Household Cavalry.

According to friends, he has vowed to continue the hard-working tradition of senior Royals and insisted that his wild party days are over.

The royal source revealed: “[Prince] Harry will probably go out to let off some steam now he’s back home but he has said his Boujis nights are numbered. He and his grandfather are very close and Harry is determined that Prince Philip knows how seriously he takes his role.”

Prince Harry has said he is busy planning the next step of his military career and wants to continue doing charity work in Africa.

The insider explained: “Philip sees a lot of himself in Harry. He loves his get-up-and-go, his love of the Army and his sense of humor. He wants to know that Harry is going to be a dutiful Prince, not a wayward one.”

It was claimed that Prince Philip has asked Harry to record a testimonial to be played at his funeral.

A senior Royal source revealed: “Harry sees it as a great honor.”

But a Buckingham Palace spokesman revealed: “Many friends and family have given testimonials for the Duke of Edinburgh, although I am not aware that Prince Harry has recorded one.”