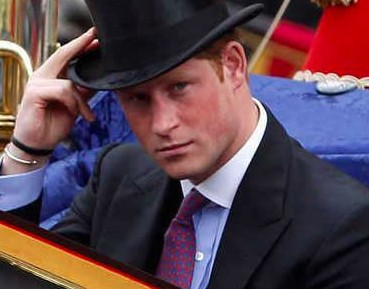 The young royal, who is having a vacation in Sin City with his pals, has having a good time around the pool of his hotel this week. Unfortunately, a revealing photograph of the prince emerges in a report. It seems that the guy is covering his intimate parts of the body while playfully hugs a woman. Meanwhile, a royal spokesperson for Prince Harry declines to make a comment about the photos.