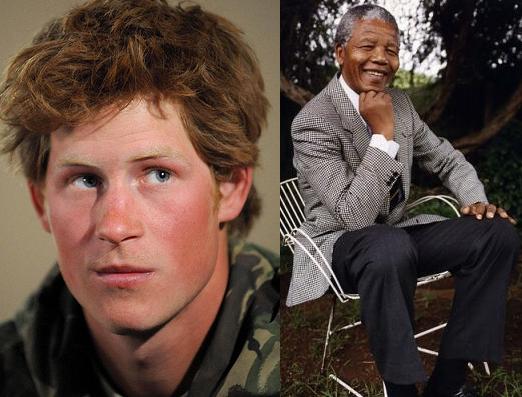 The life of Nelson Mandela has inspired thousands, the royal prince among them. This week the 23-year-old prince got to visit the former prison 12 kilometers off the coast of Cape Town where his hero spent such a large slice of his life.

Standing in the seven foot by eight-foot room on Robben Island where the former South African president was held for 18 years, the 23-year-old was visibly moved by the experience. It “sent a shiver” down his spine, he admitted.

Prince Harry also listened to a talk on life in the prison by a former inmate and visited the quarry where the anti-apartheid leader once labored during his three-hour visit to the island with fellow Household Cavalry Regiment soldiers.

An army’s colleague revealed: “[Prince] Harry has read Mandela’s autobiography and idolises him. He thought it a very good thing for the men to experience, and later spent a moment in quiet reflection.”

The Prince and his army colleagues have just finished a three-week stint helping refurbish a Lesotho school supported by Harry’s Sentebale charity.

The Prince, for whom Mr Mandela – pictured outside his cell on the island in 2003 – is an inspiration, admitted that being in the cell was an emotional experience which sent shivers down his spine