According to a report, Prince Harry will not be heading to Iraq to serve with his regiment. 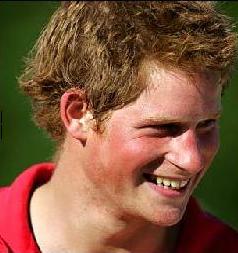 The head of the British Army mentioned the threat not only to the prince’s safety but also to those around him, saying the 22-year-old prince would be a magnet for insurgents. He revealed media coverage had hindered security for the prince.

General Sir Richard Dannatt, the chief of the General Staff, revealed, “There have been a number of specific threats, some reported, and some not reported, which relate directly to Prince Harry as an individual. These threats place not only him but also those around him a degree of risk that I now deem unacceptable.” The chief also said, “I know Prince Harry will be extremely disappointed and his soldiers will miss his presence in Iraq.”

However, the military career of Prince Harry can still go forward. Sir Richard revealed, “I’ve asked his commanding officer to develop his future career but I won’t speculate on that.”