Prince has the hots for Salma Hayek. As a report points out, the Jehovah’s Witness praises the star in his new song “Valentina,” which happens to be the name of Hayek’s 18-month-old daughter. 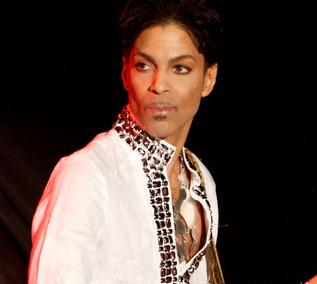 “Hey Valentina, tell your mama she should give me a call/ When she get tired of runnin’ after you down the hall/And she’s all worn out from those late-night feedings/and she’s ready for another rock and roll meeting,” the lyrics go.

“If Penelope wants to Cruz there ain’t no way that we ain’t gon’ dance,” Prince sings.

Prince met Hayek — who wed French businessman Francois-Henri Pinault in February — after she directed the music video for Te Amo Corazon off his 2006 album, 3121.