Prince William donned the Scouts’ traditional neckerchief as he showed off his skills on the African drum at the World Scout Jamboree in Chelmsford, Essex. 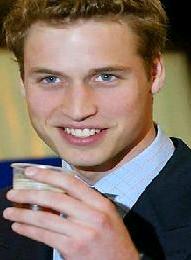 Approximately 40,000 Scouts will attend the 12-day event that is taking place 100 years, almost to the day, after Robert Baden-Powell founded the movement.

Chief Scout Peter Duncan, a former Blue Peter presenter who praised Prince William’s performance with the 100-strong drumming group, saying, “The Prince has a very good sense of rhythm,’ he said. ‘He looked as if he was having loads of fun.”
The 25-year-old prince was cheered by hundreds of children as he arrived by helicopter with the Duke of Kent, president of the UK Scouting Association. He sat in a traditional Bedouin tent from Saudi Arabia during the opening ceremony.
Sorcha Clifford, the association spokeswoman, revealed, “Everyone is so excited. The Scouts were really happy to show the Prince what Scouting is all about.”