It was reported that Prince William and Prince Harry wanted to recruit bigger stars to make the tribute concert of Princess Diana as a global show. 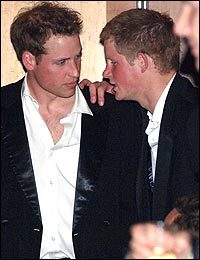 The young princes have targeted singers like Beyoncé Knowles, Justin Timberlake and former Beatle Sir Paul McCartney to make sure that show appeals to a huge television audience in America.

A source said, “The Princes know that they need to get artists who are loved around the world, but particularly in America, to ensure it’s a truly worldwide event no one will forget. They’ve already secured Elton and Kanye West, who are huge in the States, but really want Beyoncé, Justin and Macca [Sir Paul McCartney] to ensure there’s massive coverage over there. If it’s big in America, it will be big all over the world.”

A source added, “[Prince] William even phoned Elton to get him to agree to be one of the headlining acts. The Princes are getting regular updates on which artists have confirmed.”

Prince William, 24, revealed, “We want it to represent exactly what our mother would have wanted. It has to be the best birthday present she ever had.”