Princes William and Harry are set to take part in an arduous 1,500km motorcycle rally across Africa in aid of charity later this month. 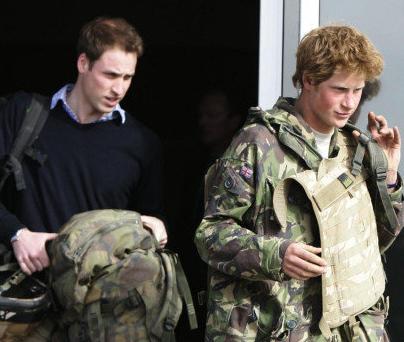 The royal brothers will travel to South Africa for the Enduro Africa 08 event. Money raised from the adventure will be divided between UNICEF, Sentebale and the Nelson Mandela Children’s Fund.

The Princes, who are both accomplished riders and motorbike owners, will be among around 80 people riding across the grueling terrain. They will travel with a small group of riders during the day but meet up with the other participants each night.

Each rider has donated a minimum of £1,500 to take part in the event and in total all the volunteers have raised more than £300,000 for the charities.

A spokesman for Global Enduro, the adventure company which runs the Enduro Africa event, said they were honored to have the Princes riding in the event, saying: “We’re looking forward to riding with them and, as they are both in the Armed Forces, I’m sure they will have the grit to get through because it’s not easy. There are no road signs and it’s not like riding anywhere in the UK so they will need a guide. They will go through game reserves, tribal areas and wild areas.”

A Clarence House spokesman said: “The Princes are looking forward to the motorcycle ride that will raise money and the profile of Sentebale, a charity very close to their hearts, and two other major charities in southern Africa.”

Prince Harry founded Sentebale, which means forget me not, with Prince Seeiso of the Lesotho Royal family in 2006, naming the charity in memory of his mother Diana, Princess of Wales.

During the summer, the Prince, an officer in the Army, visited some of the projects his organization has been supporting in Lesotho.

The charity motorcycle trek is expected to last about eight days.

The Princes are emulating actor Ewan McGregor and his friend Charley Boorman who in their television series the Long Way Down, traveled 15,000 miles from Scotland to South Africa.