Prince William and Prince Harry have been voted two of the world’s hottest bachelors. 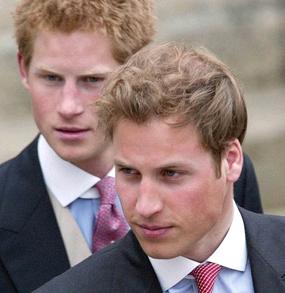 Prince William, who is often regarded as one of the world’s most eligible bachelors, recently split from girlfriend Kate Middleton after a four-year romance.

Sources at the time claim Prince William ended the relationship as he wasn’t ready to settle down. It was also suggested the 24-year-old future king wanted to concentrate fully on his career in the Army.

Prince Harry, 22, made the list despite being in a long-term relationship. The young officer, who was recently banned from joining his troops in Iraq due to fears over his safety, has been in a relationship with Chelsy Davy for over two years.

The Zimbabwe-born beauty is currently traveling the world, while Harry is stationed in Canada at a British Army Training Unit.

The pair managed to snatch some time together in April, when the prince flew out to join her in the Caribbean.