Prince William, who previously sparked rumor of pregnancy scare with his girlfriend Kate Middleton, helped save a family badly injured in a road smash, according to a report. 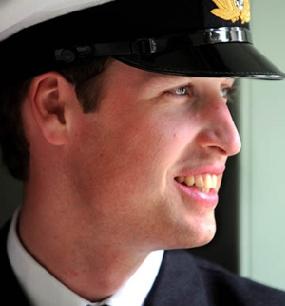 The limousine of Prince William stopped after a car and van collided head-on as he headed home from a night out in London.

His bodyguards barred him from getting out of his car to help because of strict anti-kidnap rules. But he ordered his protection team — all trained in first aid — to assist the victims.

The guards helped the injured Peugeot driver, 23, her sister, 26, and brother, 28, and waited until an ambulance arrived.

The Asian family, from Slough, Berks, were treated in hospital for neck and knee injuries and cuts.

The crash happened on Wednesday at 1.17am as the 26-year-old prince went through West Drayton, West London.

A source revealed: “[Prince] William saw the crash and was anxious to help but his personal protection officers would not let him get out in case it was a trap. Instead, he ensured they used their first aid skills to help.”

The source added: “His mother died in a car crash and there was no way he would have let his people leave before making sure everyone was being treated.”

Another source said: “The victims said that when the accident happened they were immediately surrounded by about ten people from four vehicles. They couldn’t believe the response.”