There are reports that claim that Prince William is set to get engaged to Kate Middleton. The 25-year-old prince is assumed to be planning to propose to his long-time girlfriend, once he has finished training with the Royal Air Force and Royal Navy at the end of next year. 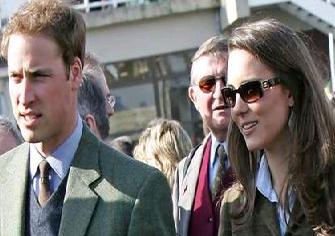 The royal couple only reunited after a short split. A source has revealed, “We will know about an engagement sooner rather than later. William will be back in his army uniform after he has finished his stints in the other Armed Forces and we should hear news then.”

The source claims that the Queen and Duke of Edinburgh are pressuring the prince to decide on tying the knot with the 25-year-old brunette, saying, “After they split up, William confided to his grandparents that he was not sure if he loved Kate enough.”

Another source added, “Now they are back together, the Queen wants William to do the right thing – either marry the girl or let her go. She would rather they broke up for good now than get married only to have it end in divorce in five years time.”