Mother’s Day isn’t easy for Prince William – it stirs up the palpable “emptiness” he says he feels since losing his mother, Princess Diana, more than 10 years ago. 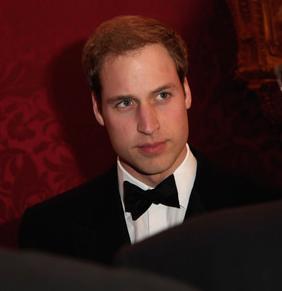 Prince William was only 15 when his mother died in 1997, and he and Prince Harry were watched by millions of people around the world as they walked behind the carriage carrying her coffin. They rarely speak about her death and the pain that they felt.

But, now 26, William has accepted a new responsibility – royal patron of the Child Bereavement Charity, to which Diana was closely linked through her life – and he addressed families at a London event about how “losing a close family member is one of the hardest experiences anyone can endure.”

Prince William recalled the death of his mother, Princess Diana as he became a royal patron of a charity she once was associated with.

“Losing a close family member is one of the hardest experiences that anyone can endure,” William said Thursday at an event organized by the Child Bereavement Charity.

“Never being able to say the word `mummy’ again in your life sounds like a small thing. However, for many, including me, it’s now really just a word _ hollow and evoking memories,” said William, the second in line to the British throne after his father, Prince Charles.

The charity tries to raise awareness of the problems that mothers whose children die and children who lose their mother can face.

Prime William said his mother once supported the charity and that he wanted to continue her work.

Diana, the world-famous Princess of Wales, died in a car crash in Paris almost 12 years ago, when William was 15.