Prince William and Kate Middleton nip outside for a snog to crown off a romantic evening. 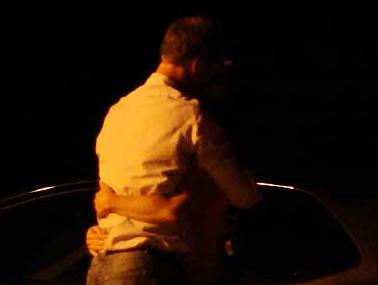 It is the first picture of the pair kissing for more than two years.

Wills and Kate, both 27, emerged arm-in-arm from a country pub on Saturday night.

As they stood in the car park, Kate pulled her man close for a passionate embrace.

An onlooker said: “They couldn’t keep their hands off each other. They looked happy and oblivious to everything else. The spark is clearly still there.”

The pair have kept their romance out of the public eye since getting back together after a three-month split in 2007.

Goldsmith, 49, told undercover News of the World reporters: “I can get cocaine delivered to your door.”

He also claimed Kate and Wills are weeks from announcing their engagement.

A source said last night: “Carole is spitting fire. But William has not seen Gary for two years.”