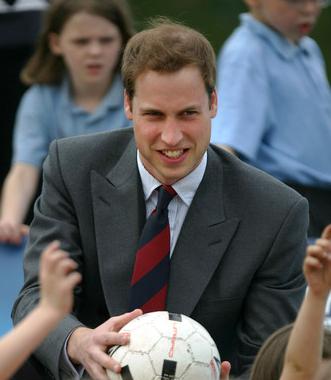 The 26-year-old prince will adopt the roles of both hostage and rescue team hero as he trains with the special forces.

Troopers will shoot at targets-which represent terrorists—just inches from the future King’s head when he is held captive in a notorious building called the Killing House. At least one SAS soldier has died after being shot during the exercise.

The young royal is expected to train with the SAS—whose motto is Who Dares Wins— in the next few days. But according to Palace courtiers the Prince, who has already enjoyed stints in the RAF and the Navy, isn’t afraid of live rounds flying towards him.

A senior royal aide revealed: “Prince William doesn’t want to be seen as a toy soldier. He has been adamant there would be no compromise.”

The senior aide continued: “During the planning stages he made it clear if the SAS did change their normal ways he would walk away and not take part. “The Prince will one day lead the armed forces and wants to get as much hands-on experience as possible of what they do in an everyday situation.”

The senior aide added: “You couldn’t tell Prince William to do all his RAF training in an air simulator. It has to be the real deal and this is no different.”

Prince William will shadow an SAS trooper, perhaps to be a senior NCO, as part of the hostage rescue team.

Stun grenades will be thrown into the Killing House—officially called the Close Quarter Battle Building—at SAS HQ in Hereford.

The troopers follow instructions to rescue the hostages by blasting plastic dummies or metal targets, which represent terrorists—using the live rounds. William will tail SAS men and watch them open fire as the real hostages bury their heads.

The building has rooms designed to recreate a different situation, like an office, cellar or jet cabin. The troops storm in through doors, windows or skylights and have just seconds to blast the terrorists and rescue the victims.