Britain’s Princess Eugenie wowed the onlookers at a London nightclub on Monday night (01.09.08) after she was spotted wearing a set of huge neon pink false eyelashes. 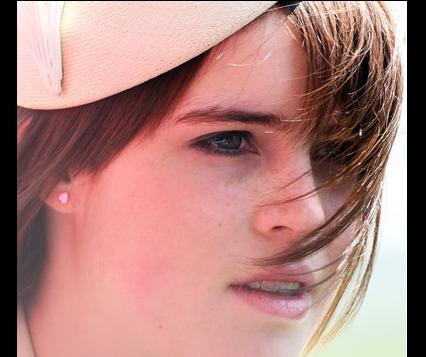 The 18-year-old princess, who is the daughter of the Duchess of York Sarah Ferguson and her ex-husband Prince Andrew, paired the unusual accessories with a pink headband, beehive hairstyle, pink top, black sequined miniskirt, black tights and pink shoes as she attended the party of Amelia Bamberger – the daughter of Cartier diamonds managing director Arnaud Bamberger.

While Princess Eugenie seemed to fit in among the partygoers at the prestigious event, she looked slightly out of place as she dined with her mother and sister Princess Beatrice at a London restaurant before the party.

After the family meal, Princess Eugenie headed over to Kitts nightclub in Chelsea, where she danced to hit tracks including Aqua’s ‘Barbie Girl’.

The 18-year-old royal recently received the highest A-level grades of any member of the royal family. Princess Eugenie passed with A grades in Art and English Literature and a B in History of Art, prompting her parents to release a statement saying they were “delighted” with her “fantastic” results.