Selena Gomez is really shy when it comes to naming exactly which boy she will be singing about on her upcoming album but at least she is giving some big clues. 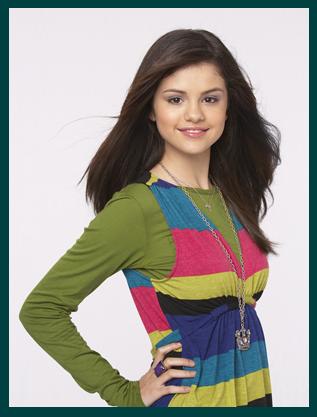 The Disney star, who sparked reports that she was dating Nick Jonas, revealed: “My favorite song that I’ve written is called ‘I’m Sorry,’. It’s about a boy I kind of fell for, but he couldn’t let his ex-girlfriend go, and it was really difficult.”

Nick Jonas, who is one of the members of the Jonas Brothers, previously dated “Hannah Montana” star Miley Cyrus, who used their relationship as inspiration for her own pop song, “7 Things.”

Selena Gomez could relate to the feeling of competing with the unnamed guy’s former girlfriend, saying: “I felt like in a way, I wasn’t good enough.”

The autobiographical lyrics tell the story of encouraging her beau to move forward. The Wizards of Waverly Place star revealed: “The song is basically me saying that I’m sorry that it didn’t work out or that she used to be who she was. But you have to let me in and you have to know that I’ll do everything I can to make you happy and be the best I can be.”

The 16-year-old star also revealed that the personal tune will likely be the first song she records for her album and “probably be the only ballad on the record.”

She added: “I want the other stuff to be really fun,” she adds. “But that is probably going to be the most heartfelt one because it was the hardest time for me. That story actually happened to me.”