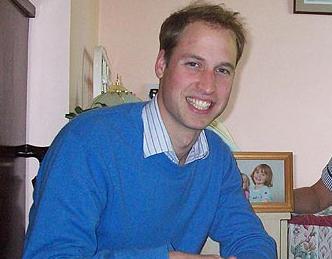 Wills, 28, is said to love the unpolitically correct BBC1 show, which stars Philip Glenister as DCI Gene Hunt — whose catchphrase is: “Fire up the Quattro.”

Philip’s co-star Dean Andrews — who plays DS Ray Carling — revealed: “Prince William is my favorite Royal — he has great taste in TV. Two of my friends met him at the weekend and he told them Ashes To Ashes is his favorite program.”

Meanwhile, Prince William has made a surprise visit to apologise to a 109-year-old great-grandmother.

Catherine Masters had written to Queen Elizabeth to complain that the last five birthday cards she had received from the monarch featured a photograph of her wearing the same yellow frock.

The 26-year-old prince turned up unannounced to apologise on behalf of his grandmother and invited Mrs. Masters to a garden party at Buckingham Palace on July 7.

Mrs. Masters said: “I told him I would like the queen to have a new dress. I think either a blue of white one would be nice.”

She said: “You should have seen the smile on my face when the handsome young prince walked in. He asked me why I was still so fit and I put it down to a daily tipple of gin until I was 80.

“We talked about lots of things. He told me he liked making shepherd’s pie and said he used a masher to mash the potatoes, but I told him he was doing it wrong – he should use a fork to fluff the potatoes!”

Buckingham Palace had already replied to Mrs Masters’ letter, saying the picture changed every five years and promising a new photograph will appear on her next birthday card.