Kate Middleton, the 25-year-old girlfriend of Prince William, has moved in with him. 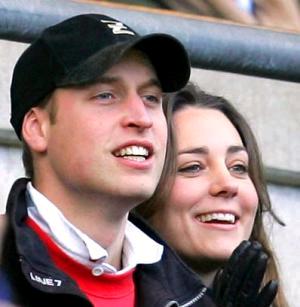 The brunette beauty has been staying with the prince at his official London resident Clarence House for the past two months, with royal staff instructed to allow her constant access.

A source revealed, “Kate has been living in Clarence House with William for the past two months. She’s so firmly installed there that she has given the keys for her place in Chelsea to her younger sister Pippa. The arrangements are unofficial, but she fast becoming part of the furniture there. She and William have had a roller-coaster year after splitting in April but it is fair to say they are closer than ever now.”

The source continued, “William has a room in the officer’s mess at Combermere Barracks in Windsor, but the only time he has been staying there is when he has to be up at the crack of dawn. The rest of the time he has stayed in London – almost always accompanied by Kate.”

News that the pair was living together will fuel rumors that Prince William and Kate Middleton are on the verge of cementing their relationship by getting engaged.

The young couple was previously seen enjoying a pheasant shoot in Windsor Great Park. The day out was Prince William’s Christmas gift from his grandmother Queen Elizabeth, and he reportedly had a successful day of shooting.