Prince William was being thanked by a curry house owner after the royal prince and some friends dropped in for a meal that ran up a £1,300 bill. 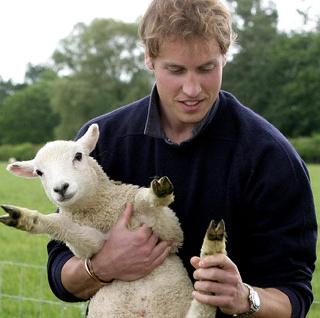 Mohammed Nisar, the owner of the Saffron Desi in York, had been expecting a group booking but staffs were dumbstruck when Prince William and 47 friends and colleagues turned up at about 7.30pm on Wednesday.

Mr. Nisar revealed, “As soon as he walked in I met him and said, ‘Welcome to Saffron Desi’ – I was amazed, shocked. I shook hands with him and asked him what he would like to drink. He ordered a bottle of Strongbow [cider]. I then told the kitchen that Prince William was here. The customers were going crazy.”

The 25-year-old prince ordered the £8 house special, which is a mild chicken concoction suitably named the Royal Delight. The prince roared with laughter when he spotted one of the huge naan breads being brought to his table.

Mr. Nisar recalled, “He said, ‘Oh my God I can’t believe these naans are so big. I’ve never seen anything like it’.”

Prince William drank three bottles of cider during his party’s three-hour visit. Some diners approached him for an autograph, but he politely declined.

Gwen Turner, 25, was enjoying a meal with her boyfriend Steve Brierley when Prince William appeared. She revealed, “We couldn’t believe it when we realised it was him.”

Prince William is presently undertaking part of his pilot training at nearby RAF Linton-on-Ouse. His party was assumed to include RAF colleagues and royal protection officers.

Mr. Nisar said that the special guest had been very polite, saying, “Myself, my chef and all the staff are proud to have served him.”