Prince William is to attend next year’s soccer World Cup. 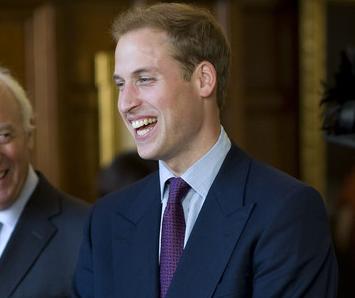 The 27-year-old royal – who is the English Football Association’s president – will travel to South Africa for the tournament, where he will spend time promoting England as a suitable venue for the 2018 cup.

If England qualify, William is also expected to spend time cheering them on.

The visit will happen after the heir to the throne completes official trips to Australia and New Zealand, the details of which he recently let slip which chatting to Australian tourists in London.

The journeys will be the first official oversees tours William has embarked on.

His attendance at the World Cup is expected to come before he takes up a position as an RAF search and rescue pilot, for which he is currently training.

Earlier this month, William revealed the top-secret plans of his upcoming Australia trip while at the Tower of London.

Speaking to Australian tourist Camilla Doyle, 15, William said: “Where are you from?”

After she replied she lived in Melbourne, Australia, the royal said: “Melbourne – I’m visiting there soon.”