Vanessa Hudgens has attracted millions of fans as America’s High School Sweetheart. But her fame has come with a price. The High School Musical star reveals to PARADE how she deals with all the gossip surrounding her very public life. Plus, how she’s handling life on her own since moving into her own house. 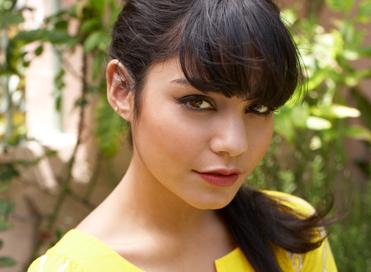 Lessons learned after nude photos surfaced on the Internet.
“That’s why I’m extremely guarded. I really do try to watch everything I say. Because one little tiny slip, and it’s like the world is coming to an end! It is hard. I do always have a wall up. But I feel by doing it, I keep myself safe. I try to live my life, do what I want, and just let everything else follow along. I try not to read the blogs or what people say about me. Because that’s what brings everybody down–no matter what you do, you’re always going to have haters.”

Hiding from the paparazzi.
“I keep my head down. Usually I’ll run around in hoodies, and I’ve got this massive head of hair, and I throw it all in my face so that nobody can see me. But if I want to do something, I’m going to do it, and if people recognize me, the fans, then great. They’re the reason why High School Musical is what it is, and they’re the reason why I’m here, so I’m thankful.”

A self-admitted mama’s girl.
“I got her fired once. I was calling her at work way too much, because I missed her. Back then, I was so shy, I did not want to leave her side. I would call her at work nonstop, to the point where she got fired. It was horrible.”

Coming out of her shell and into acting
“[In middle school] I started to get into fashion, which tends to make you a little more popular. But when I was on the stage, I felt like I was hiding behind a person, and I adored it. My parents had Grease lying around, and I watched that and fell in love with it. It was interesting to see people moving stories along with songs–it was exciting and different. West Side Story was one of my favorites. [ High School Musical] was the best thing that could and possibly will ever happen to me. I got to make lifelong friends. I had the most incredible time of my life.”

Moving out of her parents’ house
“I feel like I need to earn my right to have a home. It’s nice to be spoiled, but I want to be able to know that I can do it. [My parents] know I’m growing up, and they’re proud that I can actually have my own home. Of course I think they’re worried to a certain extent. But they’re so proud of me.”

Getting used to life on her own
“It’s weird living by myself. I thought I’d be the person who, every time I hear a little noise, would hide under my bed. But I’ve fallen in love with my home. When I’m in there, I feel safe. I don’t think I’ve gotten scared once–knock on wood–in my house by myself. Then again, I do sleep with the TV on so that I don’t hear all the little clinks and clanks at night!”