Britain’s Princesses Beatrice and Eugenie are among the stars who have designed fairy wings to go up for sale in a charity auction next week. 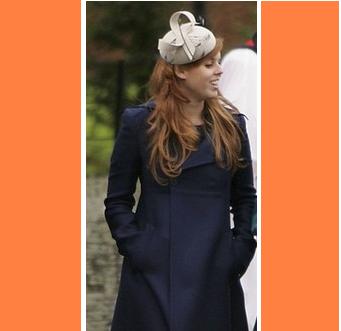 The young royals, along with their mother Sarah Ferguson, the Duchess of York, were asked by the Walt Disney corporation to customize the accessories by hand to raise money for Great Ormond Street Hospital, which is the famous British children’s medical center.

Other celebrities who have extend their support to the charity auction, which will be held on website eBay from September 8 to 18, include TV presenters Tess Daly and Vernon Kay, supermodel Agyness Deyn, sportsmen Tim Henman, Greg Rusedski and James Cracknell, and singer Leona Lewis.

Leona Lewis, who is the “Bleeding Love” singer revealed: “I loved the idea of the Disney Fairy Wing Auction and was really pleased to be able to help and contribute to such a great cause. Great Ormond Street Hospital obviously does such an important job and the Disney Fairy Wings are a really fun way to raise money for such an admirable charity.”

Leona Lewis added: “I’ll keep my fingers crossed on the September 8 that lots of people bid for my wings on the Disney Fairies eBay page – I’d love to see them raise something for Great Ormond Street Hospital.”

Disney hopes to raise over £10 million for the hospital, and intend to build a new cafe, restaurant and Disney Interactive Zone with the proceeds.