Teri Hatcher, who is the “Desperate Housewife” star, is sharing her advice for her daughter with the world in a new column for UK’s Glamour magazine, according to a report. 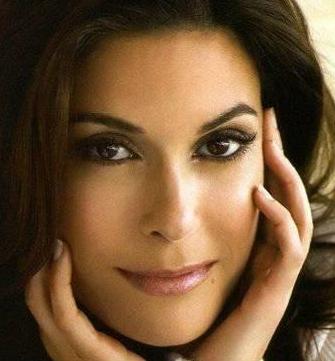 The magazine indicates that the actress encourages having “great s*x,” eating chocolate and flossing teeth. Her other advices also includes: “Don’t sit on public toilet seats and make sure to floss. … Life’s too short to stress; you’ll be able to get past anything difficult; the sun will rise tomorrow; you are beautiful; you are lovable.”

She wrote, “You’ll be able to get past anything difficult; the sun will rise tomorrow; you are beautiful; you are lovable.”

She also says that she glues images of her goals onto a big piece of paper in order to visualize future success.

Teri Hatcher, who describes herself as “43-year-old somewhat successful but still flawed and fragile woman,” also confesses to a little self-help handiwork and she’s made herself a “goal board” to which she adds every night.

She explained: “It’s basically a collage of images of things you want to achieve in your life – all written, glued or drawn onto a big piece of paper,” she says.

Among the sample entries are “Don’t eat after 7 p.m.” and ‘Dance like a teenager.”