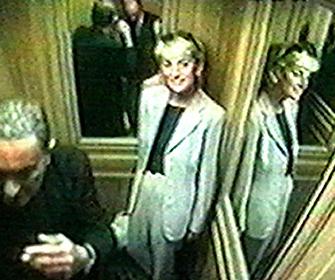 The Harrods boss, whose son Dodi was also killed in the Paris car crash on August 31, 1997, called forward a former British secret services agent who he thought, would prove there was a plot by the British establishment to murder Diana and Dodi.

However, Richard Tomlinson was forced to admit he might have got his facts wrong about plans to kill Serbian leader Slododan Milosevic, in a plot that bore an “eerie similarity” to the crash that killed Diana and Dodi.

In 2001, Tomlinson had told Al Fayed he had seen an MI6 – the British Secret Intelligence Services – document detailing plans to murder Milosevic in a car crash by shining a bright light into a tunnel.

He claimed the alleged plan was one of several options set out as possible ways of killing Milosevic in the document, which he saw during his time working for the organization around 1992.

He said the plot involved using a strobe gun to flash bight light into a tunnel while Milosevic was at a peace conference in Geneva.

But he has now told the inquest at London’s High Court he may have got the details confused.