Princess Eugenie, who previously attended a birthday party, has made a New Year’s resolution to quit smoking. 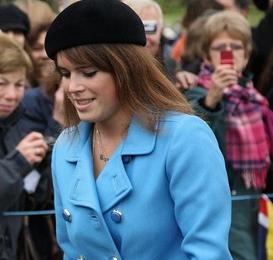 The 18-year-old princess, who is fast succeeding her cousin Prince Harry as the hardest partying Royal, was spotted with a cigarette in hand during her recent gap-year travels but is desperate to kick the habit.

A source revealed: “[Princess] Eugenie has vowed to quit as she finds it a smelly habit.”

The source continued: “She only smokes a packet of 20 a week and is careful not to smoke in public.”

The source added: “She made the same resolution last year, but intends to stick with it this time.”