Princess Eugenie, who is the second daughter of Andrew, Duke of York and Sarah, Duchess of York, chose to go skiing with family to mark her 18th birthday. 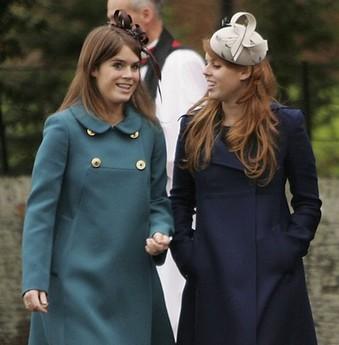 The 18-year-old princess, who was given the opportunity to throw a posh party to celebrate her special day, opted for skiing at the Swiss resort of Verbier.

The raven-haired young royal chose to spend her March 23 milestone birthday on the slopes of upmarket Swiss ski resort Verbier with a group of her closest friends, her mother the Duchess of York, and her big sister Princess Beatrice.

Princess Eugenie, who had something a little more action-packed but lower key in mind to celebrate her special day, chose to host a lavish fancy dress party at Windsor Castle to mark turning 18.

The Queen has previously offered Princess Eugenie the chance to throw a party similar to Princess Beatrice’s 2006 bash, but the birthday girl settled on the intimate holiday instead. Her choice of celebration highlights one of the differences between Princess Eugenie and her royal sibling.

In a recent magazine interview, Princess Eugenie spoke about the differences between herself and her sister as “chalk and cheese.”

She revealed, “I like just throwing on a pair of jeans and generally being more understated is more ‘Let’s do the glamour’.”