Princess Eugenie only seems concerned about the dangers of tan lines.
After spending the day cavorting in a very unpatriotic bikini – which featured the Stars and Stripes – her pale English shoulders were beginning to colour. 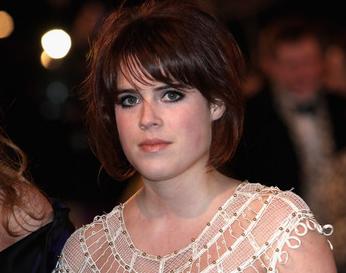 So she whipped off her bikini top while sitting in the water, to even things out.

The princess, 19, was also spotted hanging on to a young man and either kissing or blowing raspberries on his shoulders.

Eugenie has been on a gapyear holiday with friends in Australia and the Far East.

The princess is developing a reputation as a hellraiser, after streaking across the playing field at school and being spotted in lap dancing clubs.

Reports from Phuket, the Thai resort where she is staying, claim she was swigging beer on the beach and joining in risque drinking games.

At one point Eugenie seemed to have captured someone else’s bathing suit, and was waving it like a flag.

It is unclear whether her two Scotland Yard bodyguards are staying at the backpacker hostel where she and her friends are reported to be sleeping.

They are undoubtedly keeping a close eye on the political situation in Thailand, where there are threats of a coup in the capital, Bangkok.