Princesses Beatrice and Eugenie were front row at the Issa show last night as Naomi strutted the catwalk in a surprise finale. 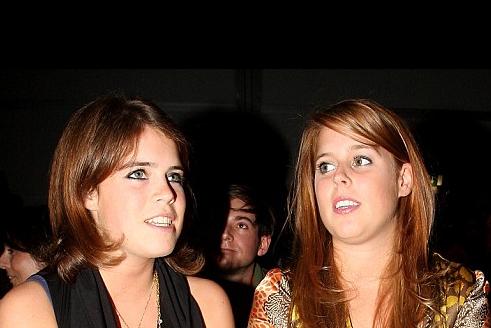 The royal sisters both looked elegant in thigh-skimming frock, black tights and skyscraper heels as they arrived for the show at the Natural History Museum.

The star spotting was not limited to the front row though. A surprise finale from veteran model Naomi Campbell thrilled both the celebrities and fashion press alike. At the end of the runaway show, Naomi flashed photographers with a signature smolder. Then the catwalk queen reappeared with the designer, Daniela Issa Helayel, and a fellow model, to make a joint bow.

According to the look of their outfits, the royal princesses appeared to consider fashion style from this year’s London Fashion Week, in well-considered ensembles worthy of the global style stage.

Princess Eugenie, who was recently accused of being somewhat overexposed in a low-cut top recently, played it safe in demure black. Her choice of a classic clutch and patent platforms in muted burgundy, a string of twenties-style beads and festival wristbands appeared to be a reflection of a subtle nod to her youth.

Her older sister Princess Beatrice chose a lively printed dress as she was sporting a black vest with low neckline. The princess matched her outfit with a pair of red-soled Mary Jane shoes by fashionista favorite Christian Louboutin, bang on-trend with platforms and studs.