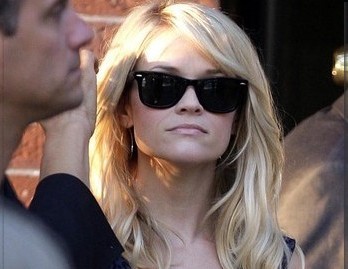 The “Legally Blonde” star looked radiant as she shoot the scene with Tom Hardy for upcoming action-comedy, “This Means War.”

“This Means War” is a story of best friends, which were played by Tom and Chris Pine, who fell in love with the same woman.