Reese Witherspoon has yet to get into the holiday spirit as she talked about the upcoming festive season, being a geeky child and remaining strict with her kids. 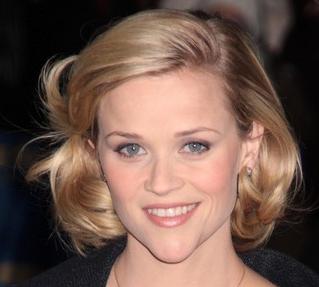 Here are the highlights of her interview to the newsbeat:

Are you so sick of Christmas by now that you’re dreading it? She replied: “No. I’m just not getting into the spirit of it. After I get done with this tour I’m going to definitely start doing the Christmas shopping, the whole thing.”

Were the baby sick scenes from personal experience [from the film]? She admitted: “Ah, yes. Definitely I know what it feels like to be thrown up on or doing all that kind of stuff. I thought it would be quite funny because my character’s so scared of children. I never knew anything about kids until I had my own. I’d never even held a baby until I had my own baby so I totally understood where she was coming from.”

On her typical Christmas Day, she revealed: “I have kids, so it’s a lot about opening presents. And then I start cooking and I really enjoy that part of it. They play with their toys and I cook some dinner. It’s nice.”

If she is a generous mum or she has to exercise some control, she shared: “I’m a little strict about that kind of stuff. I think kids do best when they only have a couple of things that they really enjoy. I try and stay away from the gluttony of things. They don’t appreciate it as much. When they only get one or two things they really like it.”

If she has fun working with Vince Vaughn, who also added a lot of improvisation in the film, Reese added: “Yeah, he’s so funny off the top of his head. The hardest part of the whole movie was trying not to laugh in the middle of him talking. “