Reese Witherspoon has sparked fresh marriage rumors after she was spotted wearing an engagement ring. 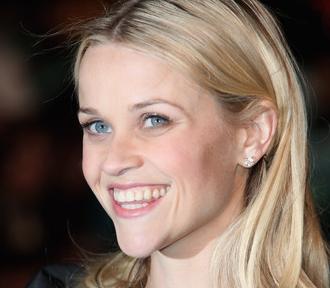 The “Legally Blonde” actress, who has been dating Jake Gyllenhaal since 2007, hastily removed the sparkler during a recent photo shoot when she realized people were staring at it.

A source at the Avon shoot, which was held at Los Angeles’ Sony Studios, revealed: “It was gorgeous, and everyone noticed it right away. But she took it off as soon as she saw people staring. Reese stuffed it in her bag and didn’t put it on again the rest of the day.”

The “Brokeback Mountain” actor spent four hours searching for the perfect band in a jewelry shop.

According to recent reports, Jake had been planning to whisk Reese away on a romantic Egyptian holiday to pop the question.

The 28-year-old actor has been making a huge effort to spend time with 32-year-old Reese’s two children recently – nine-year-old Ava and Deacon, five, from her previous marriage to actor Ryan Phillippe.