Kim Kardashian appeared to be having a low-key profile when she was spotted at a frozen yogurt shop in Los Angeles. 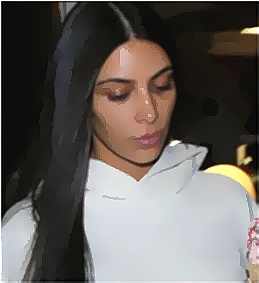 There is a speculation that the recent outing is staged to show the socialite as a likable person, who won’t wear makeup or endorsing any brands. A source dishes that the reality star doesn’t consume yogurt since she is on Atkins. She was also spotted at a Kanye West concert while having a simple look. However, her representative revealed that Kim wanted to get out of the house with a friend but the photographers are known to search through the shopping mall, where she got the yogurt. Maybe it was not surprising that the reality star tried frozen yogurt because her representative explained that sometimes people have treats while on their meal plan.