“Nuts” may not have been one of the words listed in George Carlin’s “Seven Words You Can Never Say on Television.” 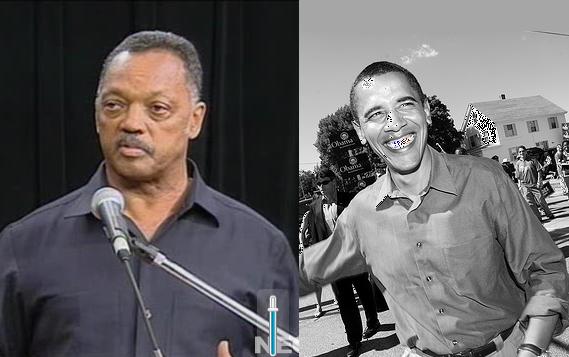 Perhaps nuts is the related to most television broadcast and cable channels and many newspapers acted as if it were after a lot of reports sparked on Rev. Jesse Jackson’s apology for remarks that he made about Barack Obama in a Fox News Channel studio in Chicago when he thought his microphone was not turned on.

Prior to the apology, video recordings of Rev. Jackson’s (bleeped) remarks quickly spread over the Internet and were later picked up by other media outlets.

Speaking barely above a whisper, Rev. Jackson is seen remarking that he wants to cut Sen. Obama’s “nuts out” for “speaking down to black people.”

A report indicated that CNN anchors Don Leon and Wolf Blitzer “danced around the issue” as they interviewed Rev. Jackson later, “daintily referring to everything from Obama’s ‘manhood’ to ‘genitals,’ ‘male private parts,’ to ‘castration.'”

The New York Times called it “a crude reference” and Brit Hume on Fox News later talked about “a certain part of [Obama’s] anatomy.”

Later, Bill O’Reilly commented on his own Fox program that his network was not airing the video to embarrass Jackson. Bill O’Reilly added, “If we were, we would have used what we had, which is more damaging than what you have heard.”

Another report indicated that Reverend Jesse Jackson apologized Wednesday for “regretfully crude” comments he made about Barack Obama.

Rev. Jackson told CNN Sunday’s comments came during what he thought was a private conversation with a Fox news reporter.

He had reportedly been speaking about the democratic presidential candidate’s speeches on morality in black churches saying he believed the speeches seemed to “talk down” to black people.