Lindsay Lohan allegedly amused herself in rehab by wandering around [email protected] to shock male patients and staff. 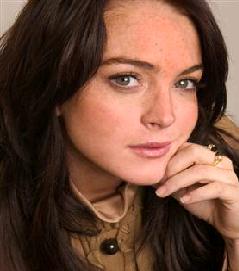 A source revealed, “Lindsay was howling with laughter as she told all her friends. They were all giggling too and their eyes were popping out. Lindsay said, ‘I drove them all mad wandering around completely [email protected] They kept telling me to quit, but it was so much fun to tease all those boys. I just couldn’t stop it!’ ”

Lindsay, 21, is currently trying to trace a hacker who stole [email protected] pictures of her, taken by on/off lover Calum Best, from her computer.

Lindsay has instructed her legal team to ensure the intimate images are never released on the Internet, as she fears they could ruin her career.