Abercrombie & Fitch has been accused of obscenity with their latest round of advertisements that show a topless woman and three shirtless young men, with one man’s upper buttocks showing. 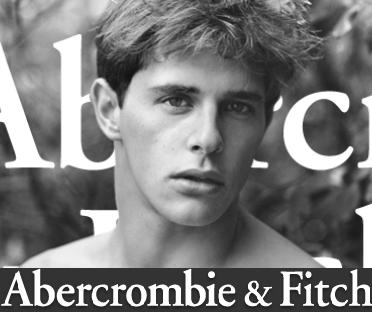 The images, which you could see here or here, seemed revealing but are they really obscene?

In the statement, Abercrombie & Fitch said, “The marketing images in question show less skin than you see any summer day at the beach. And certainly less than the plumber working on your kitchen sink.”

According to reports, the posters of scantily clad young models that were seized by police at an Abercrombie & Fitch store in a Virginia mall this weekend may be inappropriate for young children, but they are not obscene, according to legal experts. Customers had complained about a display of two photos portraying scantily clad men and a woman in the shop in Lynnhaven Mall in Virgina.

But it appears that all of this is an overreaction and Virginia Beach police apparently have agreed. On Monday, they dropped charges against the clothing company that markets to prep chic teens through sexually charged imagery.

Deputy City Attorney Mark Stiles said that, while the images might be technically in breach of the nudity section of the city’s local code, they were in line with the other standards upheld by the law. For prosecution the images would have to appeal to “prurient interests”, lack any redeeming artistic merit and be offensive to “prevailing community standards”.