There are stills from a s*x tape allegedly starring Gossip Girl actress Leighton Mester have surfaced. 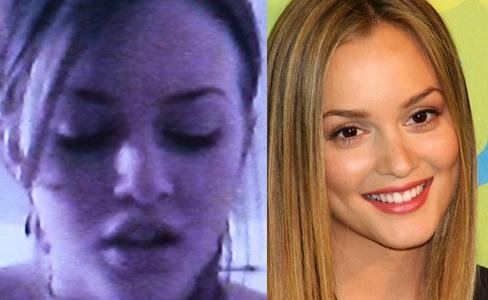 Kevin Blatt, the broker who struck gold with Paris Hilton and Mini Me star Verne Troyer’s s*x tapes – claims the saucy footage features a younger Leighton, now 23, performing a striptease for her boyfriend.

She allegedly follows up her kinky skin show with a number of er*tic acts for the camera.

Blatt said: “It’s very playful actually. It’s not shot in high definition and looks like it has been shot using a video camera while they are both fooling around.”

There’s even a peep show where the boyfriend exposed a boob in front of the camera.

“I didn’t go to my high school graduation,” she said, explaining: “I graduated a year early out of a small private school that was different then my school. I went to Beverly Hills High School. But I’m OK that I missed it — that week I was in Hawaii, working.”