Ricky Martin was honored by media group GLAAD for his work as a role model at a gala, where he urged people to spread gay rights throughout Latin America. 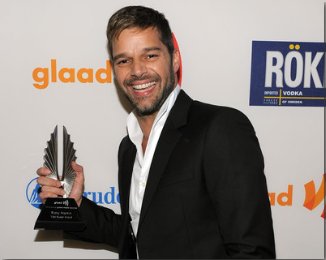 The Latin Pop star just want to be free and he could say that he is free today at New York’s Gay and Lesbian Alliance Against Defamation (GLAAD) Media Awards, which recognize the best portrayals of gay community members.

Ricky thanked his parents and boyfriend before enouraging the audience to go to Latin America and share the love.