Rihanna was “in a great mood” when she checked out a $6.25 million home Monday that used to belong to Jerry Seinfeld, according to the real estate agent she worked with. 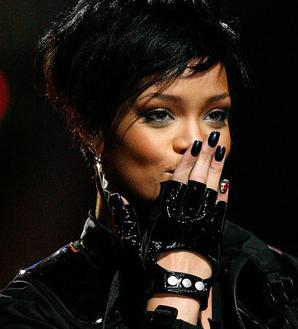 The particular mansion, according to real estate agent Russ Filice of Sotheby’s International Realty whom Rihanna has worked with, is 5,913-square-foot and “has incredible views, a contemporary pool and is very private.” It, additionally, boasts three bedrooms, five bathrooms, a pool, a hot tub and also hilltop views of the city.

“She was very quiet,” revealed by Russ Filice of Sotheby’s International Realty. The 5,913-square-foot, three-bedroom Hollywood Hills home “has incredible views, a contemporary pool and is very private,” he added.

“Rihanna just started her search. She looked at three homes with three assistants and a driver,” adds Filice. “Her questions were centered around her lifestyle in the house; how she could entertain, how private it is.”

“She wants a home with a great view,” Russ claimed. “She hasn’t made any decisions on anything yet. I think it’s early on in the process”. Russ continued,

The singer spent about 15 to 20 minutes at the property.

“She was in a great mood,” Filice says. She didn’t bring up Chris Brown — who faces felony charges for allegedly beating her — and “there were no scars, no bruises, no nothing. [She is] very sweet, very pretty.”

Meanwhile, new rumor has surfaced by the hour, claiming Rihanna has been seen “pretty cozy” with Lindsay Lohan’s former boyfriend Wilmer Valderrama. A British tabloid reported both stars were seen at the Geisha House in Hollywood last Wednesday, March 18.

“Rihanna looked so pretty and Wilmer could hardly take his eyes off her,” the tabloid quoted a source as informing. “They were chatting and laughing for ages. They looked pretty cozy and relaxed in each other’s company. Wilmer was all charm and even had a bottle of champagne for Rihanna.”