Rihanna and Chris Brown have reconciled, a report confirmed this. 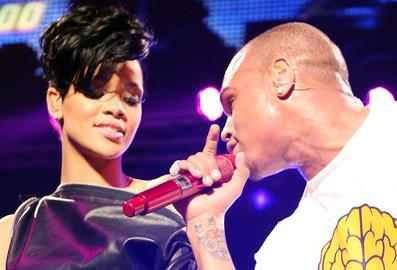 Nearly three weeks after Brown allegedly battered the singer, the couple have got back together.

A pal of Rihanna revealed: “She’s not listening to anyone. And of course Puff got involved in this.”

The couple is staying together at a house owned by Sean “Diddy” Combs on Star Island near Miami, Florida. Brown has been seen smiling, riding a jet ski, and flexing his arm muscles. Rihanna arrived four days ago, according to a source.

The latest issue of Us Weekly, on newsstands now, reports the pair have recently begun speaking again, and that Brown reached out to Rihanna on her 21st birthday.

A source said: “He’s been calling and they are talking.”

Meanwhile, the Los Angeles County District Attorney is expected to make a decision soon on whether to charge Brown for the alleged beating on February 8.

In the weeks following the incident, Rihanna has been laying low, spending time in Los Angeles, Mexico and the ultraprivate resort at Pelican Hill in Newport Beach, California.

Rihanna’s pals recently revealed a reconciliation was always a possibility, saying: “It’s not easy to shut off a relationship she invested so much in.”