Rihanna, who has collaborated with Maroon Five, would set triple their record sales for their next single release. 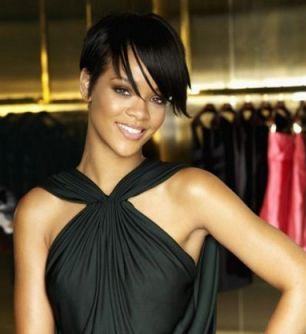 The “Umbrella” singer, who joined forces with the pop rockers, would film a video for a remake of “If I Never See Your Face Again.” The original lead track on the band’s last album “It Won’t Be Soon Before Long”.

The singer flaunted her figure in a low-cut red dress and writhes around seductively on a bed flashing her black suspenders. She also donned a tight black basque and long gloves.

Rihanna revealed, “This is the only collaboration on my pre-release, because I always wanted to work with Maroon 5. They’re one of my favorite bands. When they called me to do this record with them, I was so honored.”

The musician revealed, “It’s really intense because you have to work with each other so much. It’s new for me, but I’m enjoying it.”

Adam Levine revealed, “The only other collaboration I had done before was with Kanye West and it was the same way. It sounds cheesy, but if the magic is there, if the chemistry is there, you don’t even have to think about it. I don’t do a lot of videos where I have so much chemistry with the other artist.”