Rihanna nearly missed out on the opportunity to record her summer smash hit “Umbrella” because the song was originally intended for Mary J Blige or Britney Spears. 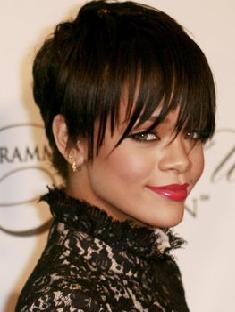 Tricky Stewart, the producer behind the track, revealed to NME magazine that the song was composed with Britney Spears in mind but the song was declined because Britney had already filled her latest album.

The song was then sent to Mary J Blige and the head of Rihanna’s Island Def Jam label.
The producer added, “In a two-day period, we were in the bidding war of our lives.”

Rihanna finally got the song since Mary J Blige was busy with the Grammy Awards.

Meanwhile, the R’n’B singer recently designed her own range of umbrellas in collaboration with Tote. She unveiled the collection at Macy’s Herald Square store in New York on Tuesday.

The two-tone canopy style “Rihanna Two Colour Satin Stick” accessories are similar to those sported by the singer during her MTV movie awards performance.