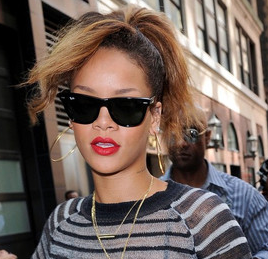 The “Umbrella” hitmaker contacted her former boyfriend if she could be asked to discuss their past relationship, which includes the question about the man that publicly abused three years ago. A source dished that Chris is aware that Oprah will discuss the old incident, which could bring three-years ago drama to get some ratings. Meanwhile, Rihanna lost her best friend when she talked about her former flame, career and family. Her interview on Oprah’s Next Chapter, which will be aired next Sunday.