It appeared that the good girl gone bad has promised to be good for one night as R&B sensation Rihanna will shun skimpy outfits when she performs in Malaysia next month, the concert’s organizers. 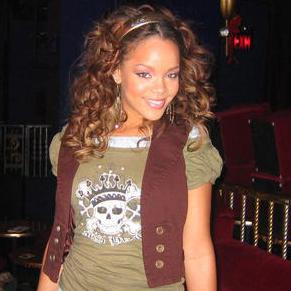 Rihanna is the latest international star affected by the Muslim-majority country’s strict rules on performers’ dress.

Recent concerts by Gwen Stefani and Avril Lavigne faced protests by conservative Muslim Malaysians over immodest clothes. Stefani eventually made what she called “a major sacrifice” at her show by donning attire that revealed little skin.

Under government guidelines, a female performer must be covered from the top of her chest, including her shoulders, to her knees.

The organizers of a Pussycat Dolls concert in 2006 were fined nearly $3,000 after the U.S. girl group was accused of flouting decency regulations.

The Malaysian organizers of Rihanna’s Feb. 13 stop on her “Good Girl Gone Bad” tour voiced hopes that protests would not mar the Grammy-winning singer’s show.

Rihanna’s management is “aware of the country’s regulations and the difficulties of doing a show,” Razman Razali, managing director of Pineapple Concerts, told The Associated Press.

However, a district branch of the opposition Pan-Malaysian Islamic Party, which blasted Lavigne’s on-stage moves as “too sexy” last year, said in an online commentary that Rihanna was “sexier and more dangerous” than Lavigne.

Rihanna, 20, has had a slew of hits since bursting onto the music scene in 2005, including “Umbrella,” “Pon de Replay” and “Unfaithful.”