Responding to Chris Brown’s not guilty plea concerning the assault he did to Rihanna, the songstress’ father Ronald Fenty says Chris “needs to stop being in denial”. 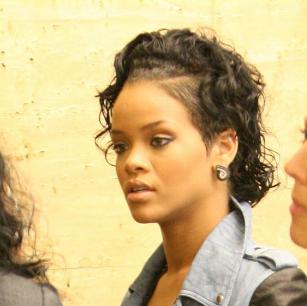 While there hasn’t been a single comment made by Rihanna concerning the not guilty plea that Chris Brown made during a court hearing on Monday, April 6 for the assault he did to her in February, the Barbadian songstress’ father Ronald Fenty has openly expressed his disappointment toward Chris. To US Weekly, Ronald says Chris “needs to stop being in denial” about what he has done to his daughter.

“So what happened? Somebody else did this to Rihanna then? I just would like to see justice go in the right direction,” Ronald says. “I don’t want his career to be damaged – it’s damaged already. I think he’s a talented guy, but everybody should have to pay. When you do the crime, you do the time. I don’t want to see him locked up for a long time — I just want him to acknowledge and get some help.”

“Who did it — that’s the question now,” Ronald complains further. “If he’s not guilty, who did it? He should say ‘guilty’ and let the court be leaning into him and try himself to the mercy of the court, see if he gets a fine…”

“Now he’s going to go beyond that and it could go longer, it can be even worse. It can be worse for him in the long run,” according to Ronald Fenty.